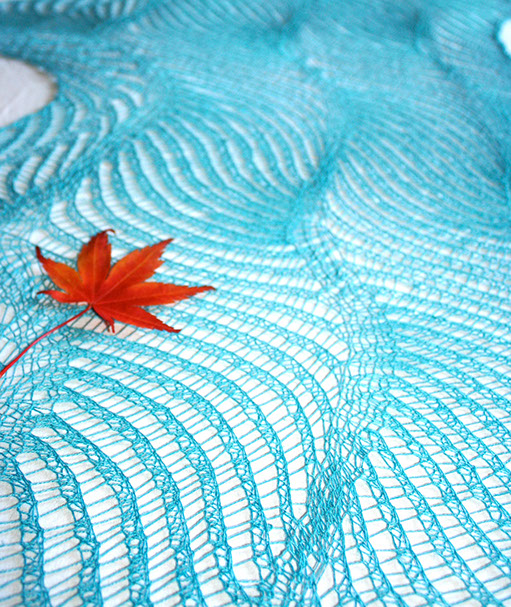 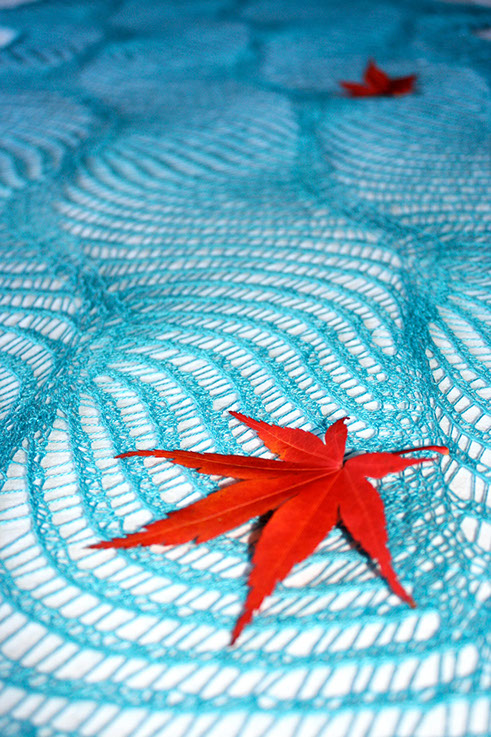 The sample was knit on 3.5mm/US4 needles with one skein of Shades of Cashmere 90% Silk/10% Cashmere, turquoise.

English and German versions of the pdf are available.

The English pdf contains both charted and written versions of the pattern.

The German pdf only includes the charted pattern.

Sound of Waves (full English version only) is also available as part of the knit/lab Waves eBook volume 1.

The gray and purple colorways were created digitally.