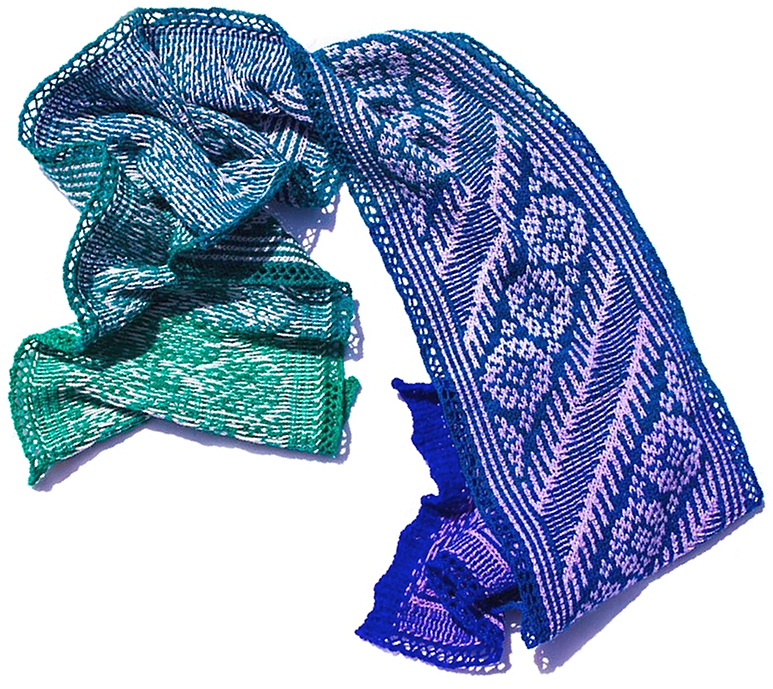 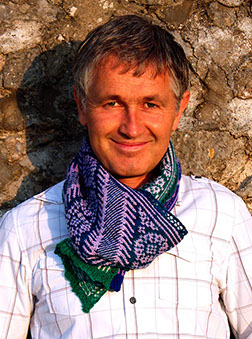 reverse stranding and corrugated ribbing in a largely successful

attempt to get a narrow piece of stranded knitting to lie flat.

The combination of textures, stripes and motifs looks a bit like Turkish and Asian flatwoven carpets.

The sample was knit on 2.75mm/US2 needles with 2 half sets of ColorShift Yarn (discontinued - see help page):

The pattern evolved as I knit the sample - I started knitting at the green end with diagonals of corrugated ribbing separating the bands of circular flower motifs. Diagonals of reverse stranding were introduced about a third of the way along - the blue end of the scarf shows the final version of the pattern.

The scarf can be knit using just the chart for this final version.

The pdf also contains a chart for the green end of the scarf and a transition chart - if you want to knit the scarf exactly as shown here.

Flatweave Scarf is also available as part of the Seven Colorwork Adventures eBook. 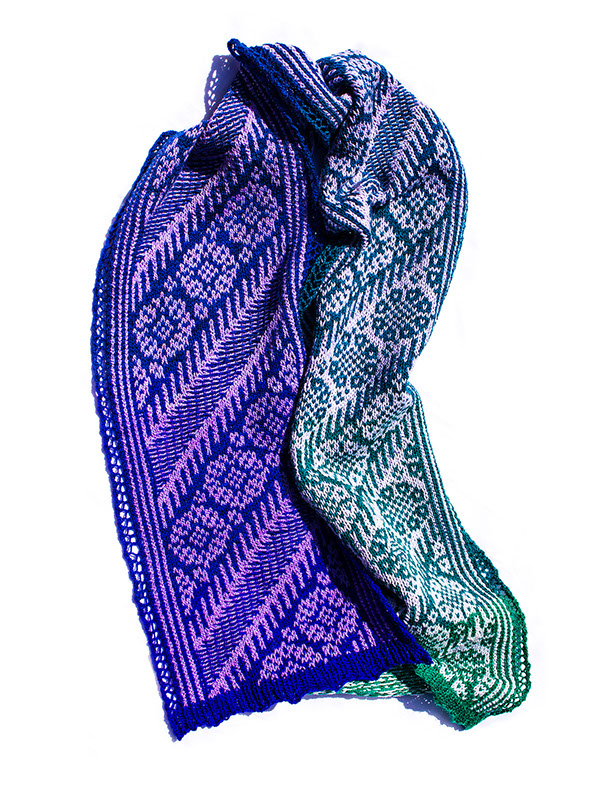 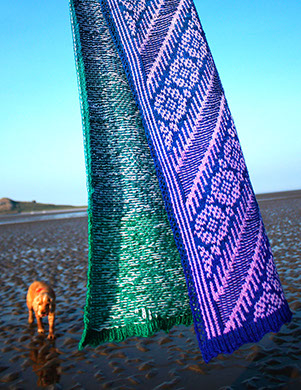 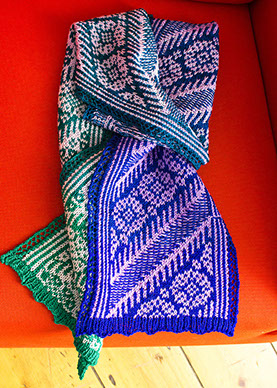 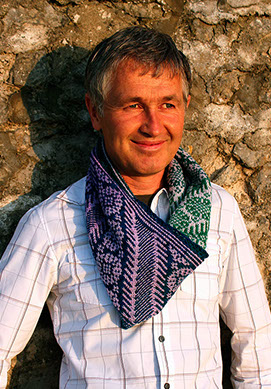 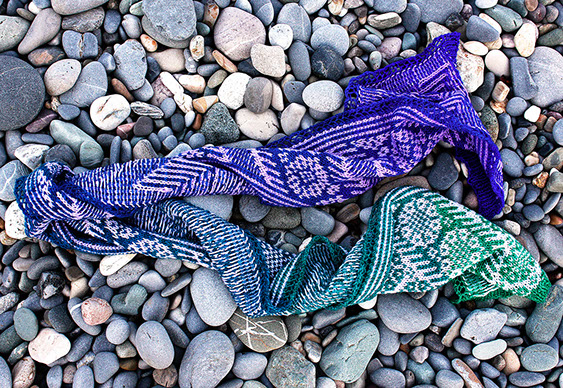 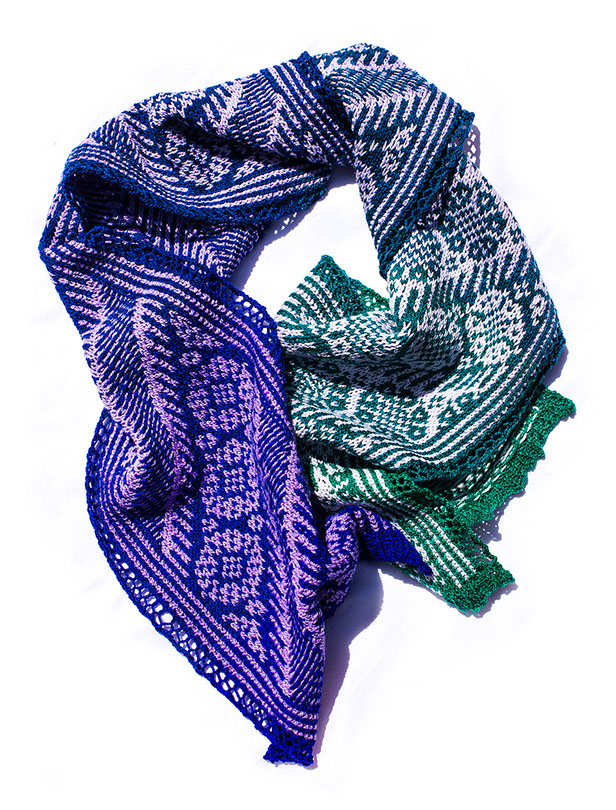 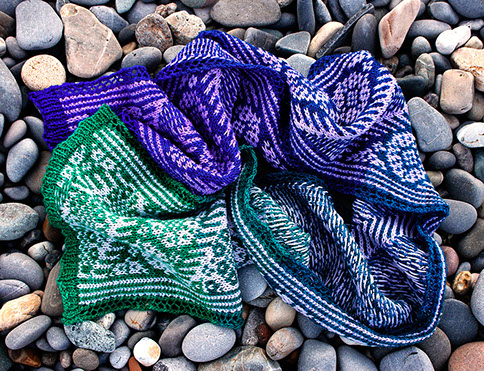 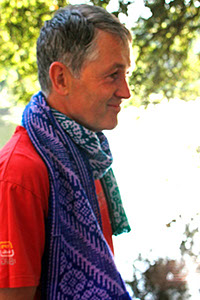 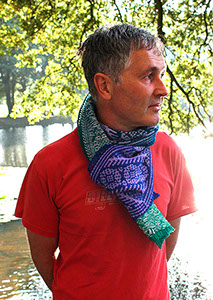 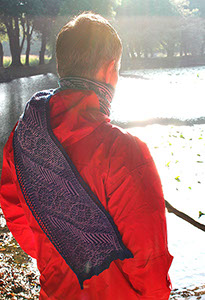 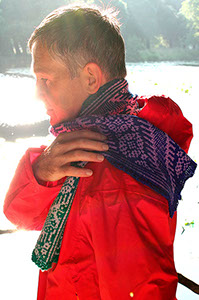