These patterns all feature stranding, intarsia and lace knitting and you can plan your color scheme rigorously in advance or you can just make it up as you go along. If these techniques are new to you, the bonus Colorwork Swatches collection provides a series of introductory ideas to get you started.

Click on the thumbnails below to view the pattern pages:

Number four, a rectangle, published in five parts in November and December 2015 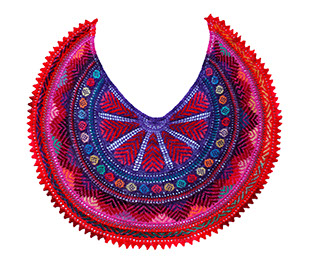 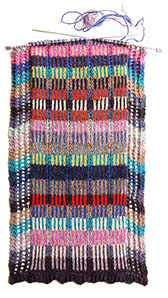 Also included in the eBook is knit/lab Colorwork Swatches, a collection of swatches and tutorials introducing the knitting techniques used in the mystery shawls.

The eBook contains 103 pages and offers a 46% discount over the full price of the individual patterns.